There is no other type of a faith wedding like an orthodox wedding ceremony. Vibrant, decorative, and beautifully emotional, they are full of wonderful photo opportunities as you can see from this collection of images from Εlsa and Michael’s wedding at St Sophia cathedral in London.

Εlsa and Michael’s wedding day started in a smart Kensington hotel. The couple had planned a small, elegant London wedding, choosing Michael’s brother as the best man, and Εlsa’s sister as her maid of honour. The close loving and relationship with their family and friends was evident as I moved between the two rooms, capturing the excited bride and groom as they readied themselves for their big moment.

They may have planned an intimate affair, but private weddings in London don’t stay private when you hold them on the same day as the Notting Hill Carnival! Εlsa was amused to be applauded by festival goers as she arrived at the church. It was just one of many highlights of joyous event.

Despite living in Cambridge, the couple drawn to London’s magnificent St Sophia’s on Moscow Road in Bayswater. The colour and detail in the cathedral is simply astounding, and it provided a suitably stunning backdrop for the couple’s marriage vows.

The traditional Greek orthodox ceremony was wonderfully moving, and I took some fantastic confetti throwing photos as the couple left the cathedral as husband and wife. In a perfect representation of the mix of emotions, I captured a photo of Michael’s mother being comforted by Εlsa’s mother as she was overcome with tears. To me, there is nothing more beautiful than a genuine display of love whether it be from a husband to his wife, or a mother to her child.

After the wedding I swept the happy couple on a brief tour of London’s most prominent landmarks to make sure their wedding album was full of everything the couple loved about London. Even sights like Big Ben, the London Eye, and an iconic red phone box could not detract from the sheer joy which radiated from the pair.

After the couple’s photoshoot we joined back up with the guests at The May Fair Hotel where the luxurious modern décor was perfect for this stylish contemporary couple. The small but happy party enjoyed delicious food and fantastic service from the hotel which more than lived up to its 5-star rating. Na zisete! 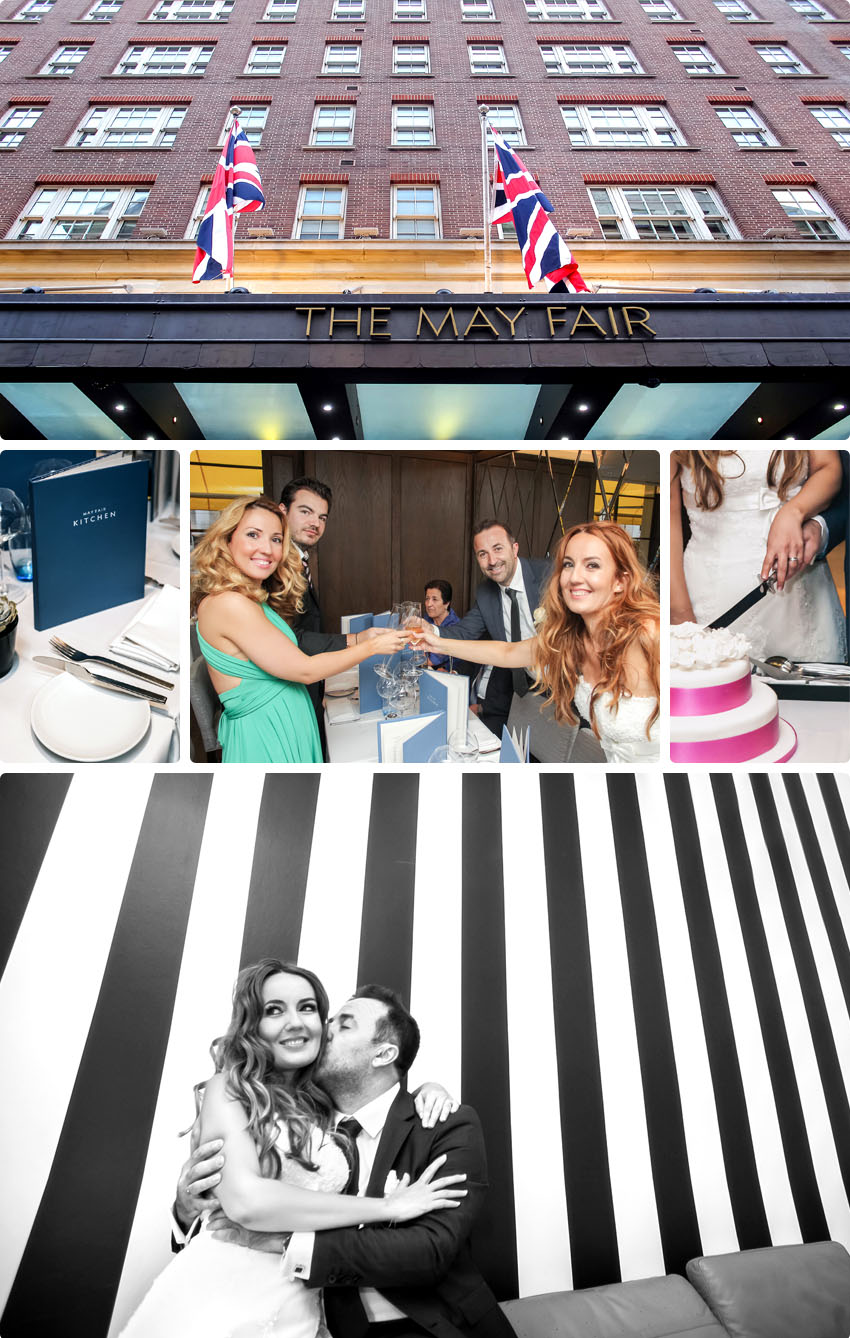