A riot of colour, music and dancing – that was just the preparation for Chandni and Pinal’s Hindu wedding at the Grand Connaught Rooms in Holborn, London! Having shot their pre-wedding session at Lake Vyrnwy in Wales, it was a treat to see this couple tie the knot in London a few weeks later.

In her beautiful blush and gold brocade lehenga choli, Chandni was a stunning bride. Red is an auspicious colour in the Hindu culture, and Chandni incorporated it by wearing thick stacks of red and gold wedding bangles on each wrist. Traditionally, Hindu brides follow 16 steps of beautification to prepare themselves for their wedding and Chandni incorporated many of them into her outfit. Not only did she wear bangles, but she also included the maang tikka forehead decoration and intricately applied mehndi decorations on her hands and feet.

Hindu weddings always presents a challenge for our team as there is so much detail that is vital to capture. A Hindu ceremony is about the union of two families, not only the bond between the couple. They are significant events and are as much an opportunity to catch up with relatives and friends as they are to celebrate with the couple.

The venue, the Grand Connaught Rooms in Holborn, is perfect for a Hindu wedding. The staff are used to holding lavish celebrations, and no detail was overlooked in their quest for perfection. The hotel dates back to 1775 and is Grade II listed thanks to its period features that include ornate wood panelling and glittering crystal chandeliers. With space for up to 750 guests in the Grand Hall, it is easily large enough to accommodate an Asian wedding in central London.

The couple chose a glamorous soft ballet pink and white colour scheme, which was timeless and did not overshadow the bride or the groom. After the ceremony, while the guests were being looked after by the hotel staff, we went into the park for shots in their wedding attire which, for Pinal, included a wedding turban or safa, and sherwani. He looked terrific – even inch a handsome prince and as confident in his traditional attire as he was in the suit into which he later changed.

If you have never been to a Hindu wedding before, I cannot stress how fantastic they are. Guests of both sexes embrace the opportunity to wear the brightest colours. There is no holding back on fun and enjoyment whether it is music, dancing or food, and you leave feeling as if you have used the same amount of energy as it would take to climb Mount Everest but that you have achieved something far more impressive.

It took a team of three camera operators and two photographers to deliver this wonderful Hindu wedding, and we hope you are as happy with the results as we are. Congratulations Pinal and Chandni! 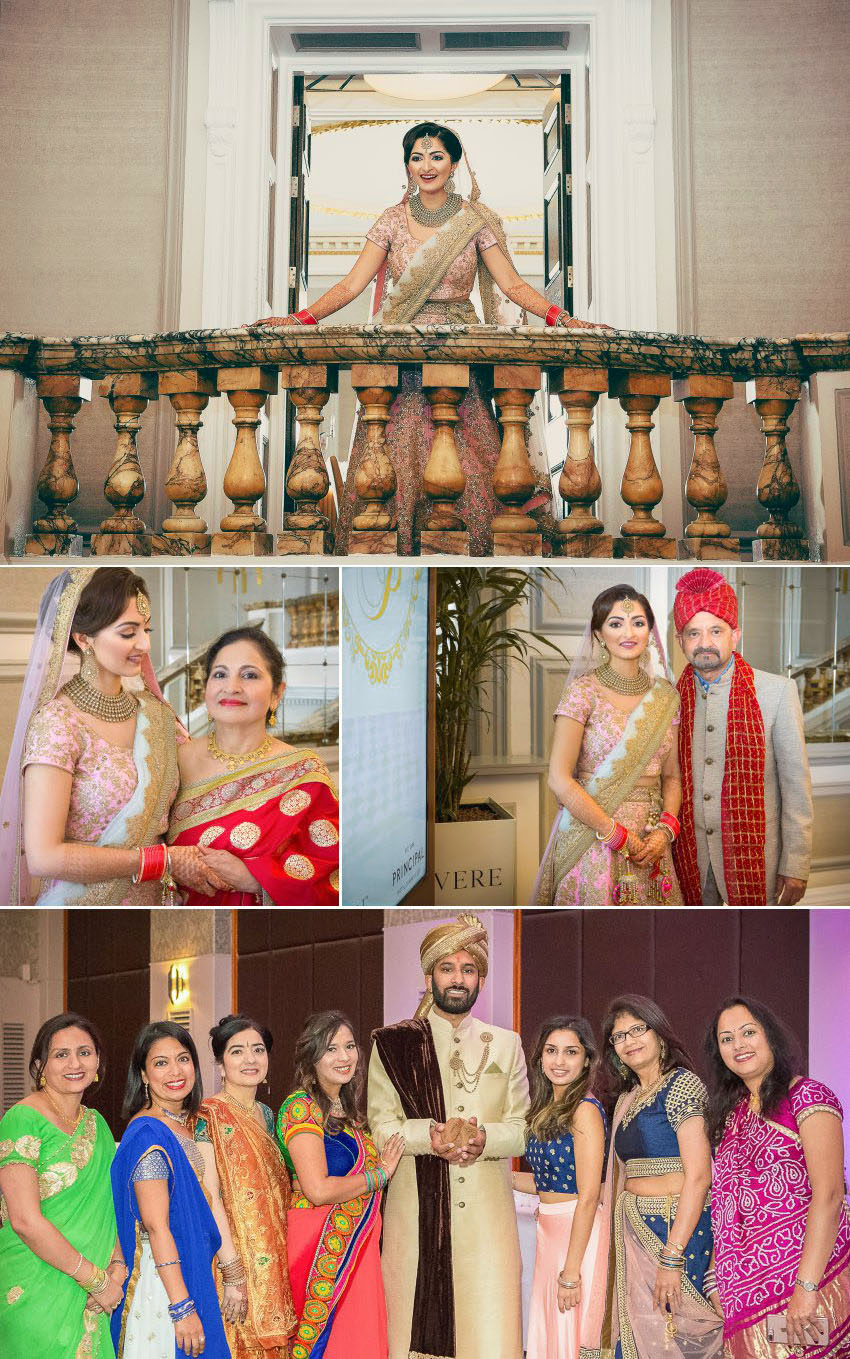