Korina & Juan | A Wedding in Halkidiki

I was delighted when Korina and Juan asked me to cover their wedding in Halkidiki. Let me first paint a backdrop of calm sea, bright blue sky and glorious rays of sunshine. This is the beautiful setting of Halkidiki, Greece that was the unobtrusive witness to a weekend celebration. A true Mediterranean marriage of Spanish and Greek family tradition and culture, allow me to introduce Korina and Juan!

Now joined together in marital harmony, Korina, originally from Greece and Juan from Spain, celebrated their beautiful wedding in Halkidiki. Living in central London but with their hearts belonging not just to each other but also to the culture and laid back lifestyle of the Mediterranean cost, it was only natural that they head to Korina’s beloved home-country to say and celebrate their much awaited ‘I do’s’.

In a special celebration of life, faith and family custom, Korina and Juan’s wedding was a true ‘his’ and ‘hers’ affair with a nod to both Greece and Spain; talk about having the best of both worlds.

The ceremony blessing took place at the quaint orthodox church at Kassandria small village. A hidden oasis of peace and prayer, the church was small and unassuming but warm, welcoming and beautifully ornate. Despite adhering to orthodox protocol for the main proceedings, the couple openly embraced the coming together of two religious backgrounds by incorporating a Spanish religious tradition at the end of the ceremony. Usually performed in a Spanish Catholic Church, the exchange of 13 gold coins otherwise known as the ‘arras’ and designed to represent Jesus and his 12 Apostles, was a particularly nostalgic moment for Juan and his family. Once blessed by a priest or religious figure the ‘arras’ are poured into the groom’s hand and from his, to his bride’s, in order to symbolize his pledge to provide for his future family, the acceptance of the coins, his bride’s belief in his ability to do so. It was a beautifully touching and poignant recognition of the union of not just two independent people, but the joining of two families, the peaceful harmony of two spiritual beliefs and two sets of customs.

The Mediterranean theme did not of course, end there, as there is nothing that fires up the taste of the med quite like the local cuisine. While the main showcase of culinary delights at the sit down dinner was Greek inspired, the welcome cocktails were accompanied by mouthwatering Spanish ham or ‘jamon serrano’. In Spain this is considered a delicacy and often seen at special occasions, is cut and served in front of the guests with typical Spanish flare.

The fabulous reception held at Pohoda Beach Bar in Posidi Halkidiki. The Mediterranean coastline from the straits of Gibraltar to the Greek isles is also well known for the spirit and energy of its people, it’s warm weather an open invitation to party well into the night. Weddings in Greece generally start in the afternoon in order to avoid the gruelling heat of the midday sun and don’t finish until early morning, welcoming in a new day and a new beginning. True to form, Korina and Juan’s was no exception to the rule; the reception, a loud, energetic open-air party. A rustic beach side venue complete with thatched roofing, ample dance floor and tiki-styled bar with a tempting array of exotic cocktails, was the perfect reception venue.

In fact, with most of the guests taking a few extra days holiday before and after the wedding, the happy couple danced and entertained their guests for a full two days of pre and post wedding get-togethers, to say nothing of the big day itself. A wide variety of music played at the reception honoured the couple’s different backgrounds and cultural friendships, and ranged from the must-have ‘macarena’ and blend of Latin rhythms to traditional Greek ‘horos’ and the modern day beats of R&B and the top 40. 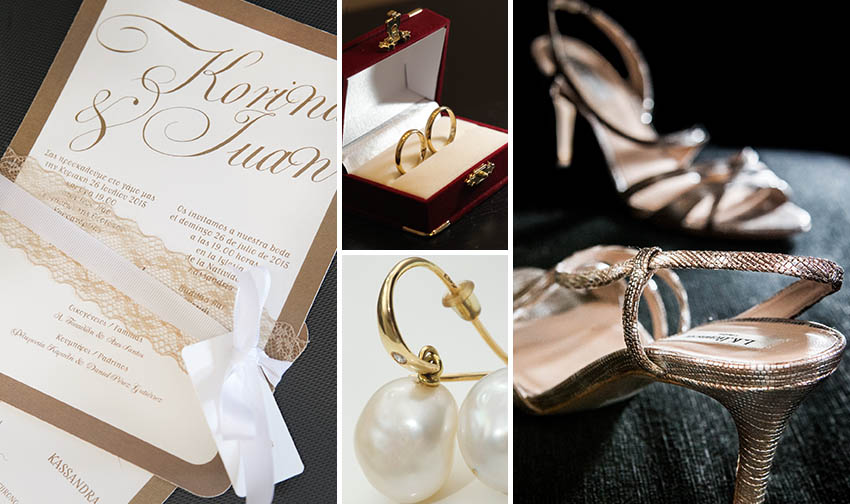 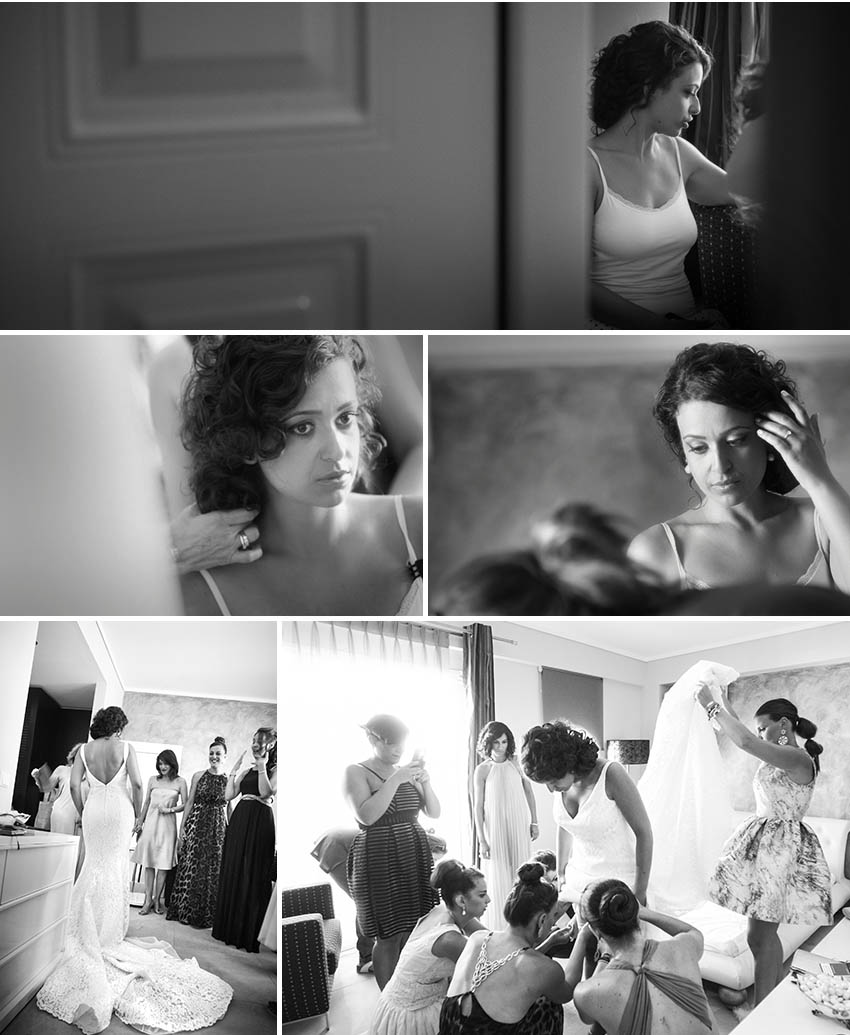 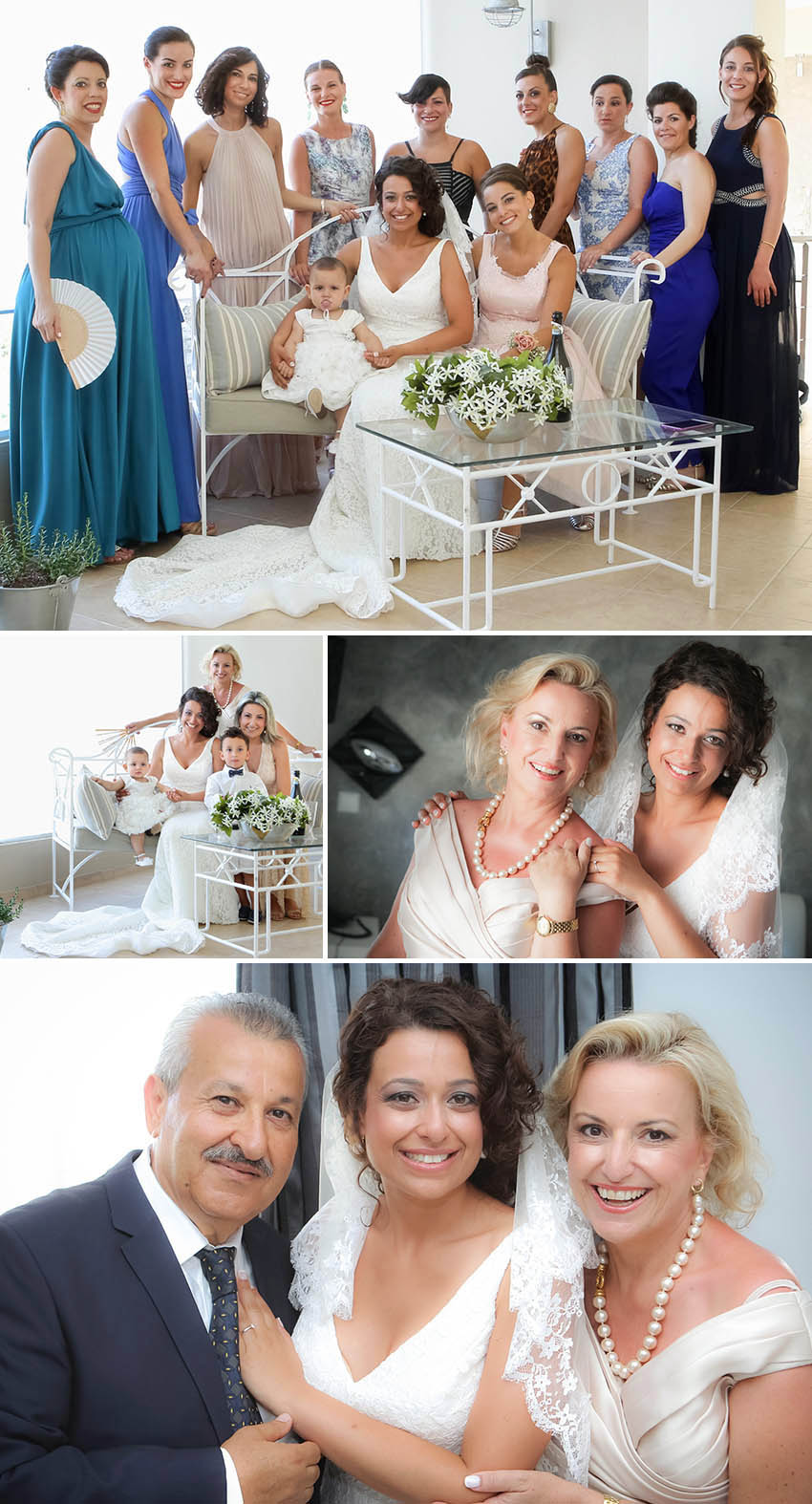